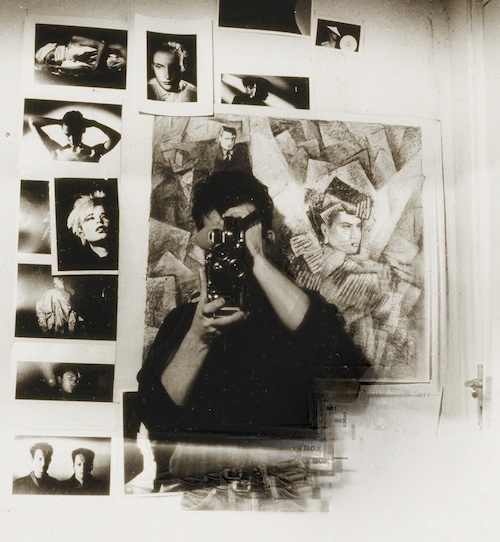 Born in the southwest England town of Penzance, Peter Care first developed a passion for filmmaking while attending Falmouth Art College for his Foundation Year.  In 1972, he moved north to study film at the Psalter Lane School Of Art in Sheffield. During the weekdays, he studied the history of cinema and made experimental short films. At weekends, he helped his teachers make documentaries, either as a cameraman or editor.

On graduating, Peter, with four friends from the School of Art, formed the Sheffield Independent Film Company, a non-profit funded by the British Film Institute, the United Nations and Channel Four. It quickly grew to become the country’s largest filmmaking center outside of London, running workshops and helping people make their films and television shows. Care often acted as director of photography on other members’ projects, while directing his own dramas and archival documentaries for Sheffield City Council.

In 1979, Care made a short film called “Johnny Yesno”, with a soundtrack by the industrial band Cabaret Voltaire.  This led him into making films for their projections at live performances, and creating compilations for their video distribution company, Doublevision.  This work evolved into making music videos for many Northern indie bands.

The culmination of this period was the making of “Sensoria” for Cabaret Voltaire.  Hardly shown on English TV, it became legendary in music circles, with its  revolutionary camera and editing techniques, attracting interest from many bands outside of Sheffield.

Meanwhile, “Sensoria” was enjoying a life of its own in the US. It landed in the Top 40 of the MTV Viewers’ Chart, where it remained for seven months.  Named Best Video of the Year by the Los Angeles Times, it was among the first three music videos ever to be procured by the Museum of Modern Art in New York for its permanent collection.

A highlight in Care’s early career was when, in 1986, having moved to Los Angeles, he met his wife, Lorraine on set and they have been working together ever since.

What followed was a series of groundbreaking music videos for, amongst others, Robbie Nevil, Los Lobos, Bruce Springsteen, and Tom Petty.

In 2002, Care’s feature film, “The Dangerous Lives Of Altar Boys” was released. After enjoying great success at Sundance, it received glowing reviews from the US press and became a hit with teenagers once it came out on DVD. Peter received an Independent Spirit Award for Best First Feature.

In 2012, Care moved to Wondros, with the view to work in a broader range of media, while also getting back to his documentary roots. He continued to make  commercials  – for PayPal, Walgreens and Chevrolet Silverado.

In 2013, he directed a short informational film for Santa Monica City Council. As part of their proposal to champion Wellbeing and empower their residents – competing in Michael Bloomberg’s Philanthropies’ Mayors Challenge – the two-minute piece helped them win a $1,000,000 prize.

As they continued making commercials, Peter and Lorraine worked as a producer-director team making two more films for the Santa Monica Wellbeing Project, and a 25 minute documentary and recruitment tool for Yo San University, a school for Traditional Chinese Medicine and Acupuncture, highlighting their pioneering work in integrative medicine and in treating poor in many communities across Southern California.

Lorraine and Peter are now self-represented, working through their own production company, Geniusville.